Nigeria: A Nation on the Brink

I wrote a few articles when my brother and good friend, Segun Adeniyi was in Thisday Newspaper. Segun was a creative writer of all times. I have not heard much about him since the exit of Yar Adua’s government. He was the president’s image maker (Press Secretary) when it was a big ado to hold that office. Today, it is completely changed because the occupiers of such positions have no good image to protect, rather, they are saddled with the uncanny duty of helping the government to propagate lies and wickedness. I don’t blame them but I don’t envy their job. I understand it’s hard to resign from such debacle because security of your life may no longer be guaranteed if you determine to exit power. But I wonder how easy it is for them to lie all the remaining days of their life. Anyway, I began blogging about twelve years ago when I wrote my first book – “Saving America: the war we can’t ignore”. My bloggings however were based on my Christian convictions and I tried to distance myself from politics. Though it is very difficult for any writer who wants to say the truth in today’s society not to offend politicians or their cronies. Our lives are dependent on God but life can be seriously impacted by politics. My views sometimes were taken by politicians and their loyalists as being political and often some people classify me as a member of a political association. I could not convince them that they had a wrong perception. Just as I mentioned in one of my books - “Sheltered through the Storms”, that my political ideology is Jesus Christ and the Lord crucified. It is simply to tell the truth because Jesus Christ is the way, the truth and the life. Paul, the great apostle told the Corinthians, “For I determined not to know anything among you except Jesus Christ and Him crucified”.

First, I am surprised that our prolific Nigerian writers have not inundated the world with analysis of what is happening in our great country, Nigeria. The professors, the spawning, and profuse columnists and authors are simply not interested in the ongoings in Nigeria. They swarmed the world’s spaces and internets with their choices and views during the American elections. They were toasts of normal and social media recommending to the world how American political landscape ought to be. They strangely and remarkably were not saying anything while the Nigeria nation where some of them were born or where their ancestors originated is gradually passing through most harrowing moment. Most of them are now scared to go to their home towns and villages for fear of kidnapping. Why are they quiet? I guess they know better because when a land is filled with freedom, people capitalize on the freedom and sometimes abuse it to make themselves happy. I am grateful to this country and the founders who made the land habitable for other people like me. America is a blessed nation and that is why I will pray for any president in power, either Republican or Democrat. My prayers may sound different sometimes depending on my understanding of the route in which the government of the day is taking us. Again, I try to emulate the admonitions of Paul to Timothy and the congregation he pastored. “I exhort first of all that supplications, prayers, intercessions, and giving of thanks be made for all men, for kings and all who are in authority, that we may lead a quiet and peaceable life in all godliness and reverence. For this is good and acceptable in the sight of God our Savior, who desires all men to be saved and to come to the knowledge of the truth. For there is one God and one Mediator between God and men, the Man Christ Jesus, who gave Himself a ransom for all, to be testified in due time, for which I was appointed a preacher and an apostle—I am speaking the truth in Christ and not lying—a teacher of the Gentiles in faith and truth.” (1 Tim. 2:1-5)

Secondly, there are Nigerian ‘Christians’ in diaspora who hold extreme views and would not respect anyone who holds a different view from them. Some of them simply picked enemies in people who do not applaud their political choices. In America, especially, they don’t want to get different opinions, everyone must see things the same way. And some of them see the situation just for their personal interest while some others want to see from the eyes of God. People are comfortable in America and thinking about Nigeria only in prayers. They forget that but some people who put up the godly foundation in America that gives everyone a place to express themselves, America could have been worse than Nigeria. What’s happening in Nigeria? Nigeria is not a white man’s country who have the tendencies of merely enslaving people. Nigeria is a predominantly black community. Anyone who appears in other colors must have been cross bred or immigrants in Nigeria. The truth is that what’s going on in Nigeria today is worse than slavery. You don’t need to call people slaves before they know they are one. Ninety percent of the Nigerian population are currently in slave camps. They have been impoverished mentally, physically and spiritually. Nigeria is a country in which unless you have money to travel by air, you are prone to being kidnapped on the roads. It is equally dangerous for you even when you do not travel because the kidnappers may have gotten some information about your house and would visit your home to take you away effortlessly for a ransom. So, either way, you are in trouble – wait for them in your house or go out to meet them, the criminals have the day. This is no white but black man doing wickedly against their fellow country men and women.

In addition, there are the religious bigots who are on rampage in the name of converting the infidels in Nigeria to their “true” religion. A systematic genocide is on in Nigeria in which unless you are a Muslim, or join them, your life is snuffed out of you. It was initially Boko Haram (Western Education is ungodly), but soon followed by the dreaded Fulani Herdsmen who graze their cattle with no longer staffs but AK 47. Nigeria is completely polarized on tribal lines under the current non responsive government. People are agitating everywhere, East, West, Middle Belt and North for restructuring of the Federations. Some have even said, the situation has passed any successful restructuring; that the only option is that every tribe should go on their own. The government is silent on atrocities meted on the innocent citizens by bandits and criminals but government swiftly reacts when the bandits are met with resistance anywhere in the country. Governors, and national assembly members have lost control under the constitution and appear to be waiting for doom’s day. Mr. Robert Clark just said loudly recently that six months were no longer guaranteed for Nigeria to continue to exist as a nation. I watched a US Congress initiative recently in which one of the thoughtful Nigerians at the meeting, Dr Richard Ikiebe was sentimental about one indivisible Nigeria. I shared Richard’s personal sentiments but my main worries are twofold on the issue of Nigeria.

I wish I have answers to the Nigeria project. However, there’s nothing happening now that does not have spiritual explanations. The greatest undoing of Nigeria is the life of hypocrisies by Christian leaders. We aligned with past political leaders and got compromised. Satan waited for a long time to move us to where the country is today. I remember how we waisted the opportunities to affect Aso Rock (Seat of Government) in Abuja during Obasanjo and Jonathan’s governments. Our Christian leaders literarily turned to politicians instead of answering the call of God on them to impact the land. The lack of Godly prophets in the land resulted in the calamities that has befallen the nation. We honestly need a true prophet in the land who is fearless but is in the spirit of God to bring words from the Lord for an eager and agitated community. If this gun powder is allowed to explode, the church will not be spared.

Our Elderly Citizens in Facilities - Lessons from COVD-19 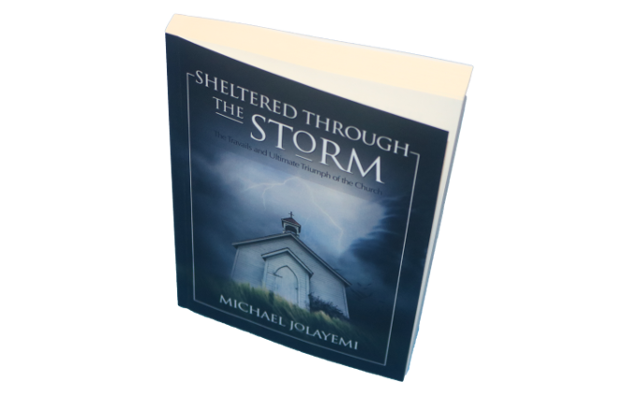